The Chase - PASS! Best (or worst) player ever? 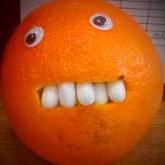