Rebellion and the 2000AD license 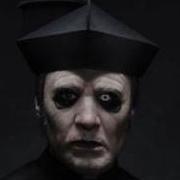 By Uncle Nasty,
March 5 in Discussion